Truxton (full name Truxton Dogyuun) is an alias under the Halley Labs / LapFox Trax label. He is a hellhound that creates plunderphonics and trap music.

Exiled from Hell for being far too positive for their liking, this young hellhound wanders the surface world in constant need of energy from the souls of the living to stay alive themselves. Putting on the guise of a mashup DJ, Truxton travels around the world performing at illegal underground parties, living off of the energy emitted from the crowds they perform for. Drifter. Constantly traveling, keeps acquaintances rather than friends. Even after living for over 100 years, is the life of the party. Almost obscenely upbeat and outgoing. Hard to handle in large doses. When not performing on the surface world, Truxton resides in the sewers. As a hobbyist builder, they assemble makeshift weapons generally created with musical items.

Truxton was discharged from JUDECCA training for being a generally positive, upbeat creature, and was eventually tortured and exiled from hell, having their horns, fangs, claws, and right leg removed. Truxton was loaded onto the elevator to the surface world where they contacted GUTZ and requested replacement parts. Truxton has since been paying off their debt to GUTZ via payments earned through live DJ touring and by endorsing the GUTZ brand. [2]

This article may contain rapidly flashy images / videos. Proceed at your own risk. 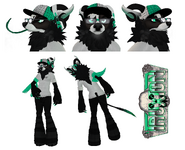 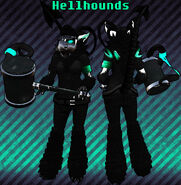 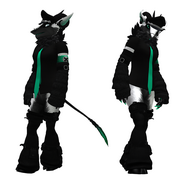 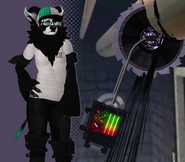 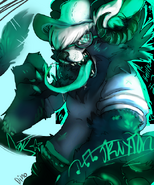 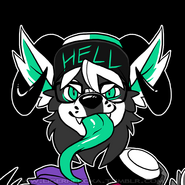 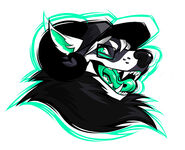 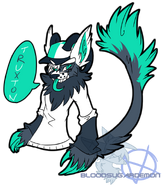 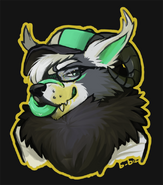 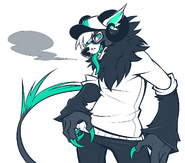